We often hear about the “dog days” of summer but few know what the original expression means. Most say that it signifies hot sultry days “too hot for a dog”. The Dog Days of Summer describes the most oppressive period of summer, between July 3rd and August 11th each year. This is when we move all of our dog walks to an earlier time of day.

To the Greeks and Romans, the “dog days” occurred around the day when Sirius appeared to rise just before the sun, in late July. They referred to these days as the hottest time of the year, a period that could bring fever, or even catastrophe.

“If you go back even as far as Homer, The Iliad, it’s referring to Sirius as Orion’s dog rising, and it describes the star as being associated with war and disaster,” said Jay B. Holberg, author of Sirius: Brightest Diamond in the Night Sky and senior research scientist at the University of Arizona Lunar & Planetary Laboratory. “All throughout Greek and Roman literature, you found these things.”

The phrase “dog days” was translated from Latin to English about 500 years ago. Since then, it has taken on new meanings.

“Now people come up with other explanations for why they’re called the ‘dog days’ of summer, [like] this is when dogs can go crazy,” said Anne Curzan, an English professor at the University of Michigan.

“This is a very human tendency,” she said. When we don’t know the origin of a phrase, we come up with a plausible explanation.

“The meaning has been lost,” said Holberg, “but the phrase has lived on.”

Where did the term come from? And what does it have to do with dogs?

The phrase is actually a reference to the fact that, during this time, the Sun occupies the same region of the sky as Sirius, the brightest star visible from any part of Earth.  The ancient Greeks thought of the constellation Canis Major as a dog chasing Lepus, the hare. and part of the constellation Canis Major, the Greater Dog.  The star Sirius is the dog’s nose; the Greeks called it the “dog star.”This is why Sirius is sometimes called the Dog Star.

In the summer, Sirius rises and sets with the Sun. On July 23rd, specifically, it is in conjunction with the Sun, and because the star is so bright, the ancient Romans believed it actually gave off heat and added to the Sun’s warmth, accounting for the long stretch of sultry weather. They referred to this time as diēs caniculārēs, or “dog days.”

Thus, the term Dog Days of Summer came to mean the 20 days before and 20 days after this alignment of Sirius with the Sun—July 3 to Aug. 11.

So, did the Greeks get it right? Are the dog days, around when Sirius rises, really the hottest days of the year?

Although July and August are generally known as the hottest months of the year in the Northern Hemisphere, the hottest period can vary from year to year. And depending on your latitude, the astronomical dog days can come at different times.

Is there another reason that the dog days don’t correspond neatly with the heat?

Yes, the stars in Earth’s night sky shift independently of our calendar seasons.

“Our Earth is like a spinning top,” said Bradley Schaefer, professor of physics and astronomy at Louisiana State University. “If you toss it onto a table, after it slows down … the pointing direction of the top will slowly go around in circles.” Similarly to a top, “the Earth’s rotation is kind of wobbling around.”

“The calendar is fixed according to certain events, but the stars have shifted according to the way that the Earth wobbles,” said Larry Ciupik, astronomer at Adler Planetarium and director of the Doane Observatory. “So in about 50-some years, the sky shifts about one degree.”

This means that the dog days of ancient Greece aren’t the dog days of today. What it also means is that several millennia from now, this astrological event won’t even occur during the summer.

“In 26,000 years, the dog days would completely move all around the sky,” said Schaefer. “Roughly 13,000 years from now, Sirius will be rising with the sun in mid-winter.”

Ah yes, the dog days of winter. When it’s so cold that even the dogs lie around the fire, trying to stay warm. 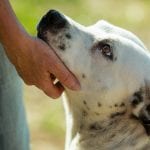