I’ve been in the involved with dogs as an owner, trainer, and dog walker for the past 25 years and something I see ALL THE TIME is owners giving affection at the wrong time.  Owners think they are consoling their dog when they are frightened, but they are really rewarding them FOR the frightened behavior.  I have shared this countless times always crossing my fingers that the concept gets through to owners.  Affection is fun for owner and dog, but make sure you are rewarding them for coming when called or NOT barking at another dog.  I found this concept well put in this article and I’ve italicised what I believe is key:

Mastery is very important when it comes to having balanced packs, particularly mastering the walk and mastering leadership. But what does “mastery” mean?

Basically, it means command or grasp of a subject, or the state of being in control. Note, though, that mastery does not mean “being the best.” There are many people with a mastery of chess who could not beat the world champions no matter how hard they tried, although they still know enough about what they’re doing that they could beat a dozen amateurs at the same time.

Mastering the walk and leadership just mean that you are the one in control of your pack, and you understand what’s needed to keep your position as the leader. What’s great about this is that it’s personal. You don’t have to learn to lead anybody else’s dogs. You only have to know how to have mastery over your own pack.

And this is where the most difficult bit of mastery comes in: mastering affection.

On the surface, it sounds like it means knowing how to give your dog affection by giving what he or she likes most. Maybe it’s belly rubs, or praise, or treats. But figure out which one your dog responds to, and you’ve mastered affection, right?

I get asked a lot, “What is the one bit of advice you would give to dog owners everywhere?” I’ve been asked this question in every country I’ve ever visited, and in almost every interview I’ve ever given. And my response is always similar: “Understand that dog psychology is different than human psychology. Dogs are not human children, and they have different needs. Dogs aren’t looking for love and acceptance. They’re looking for leadership and protection.”

You’d be surprised how often people seem confused, or even offended, when I tell them that they can’t give their dogs constant affection, and I understand how it can be hard. Dogs are cute, humans are programed to love cute things, and if you ask most people how dogs look at us, the words “unconditional love” come up constantly.

If a human child gets scared by a loud noise, there’s nothing better or more soothing than a hug from a parent and words telling them that everything is okay. That’s what human children respond to, and it works.

But if a dog gets scared by a loud noise, then there’s nothing worse you can do than give them affection. That’s because dogs don’t accept affection as encouragement. They accept it as reward, but only for what they’re doing right now. Comfort a frightened dog, and you’ve just rewarded them for being frightened.

Greet an excited dog with affection when you come home, and you’ll get a hyperactive, uncontrollable dog.

Dogs are incredibly intelligent, empathetic creatures, but they just don’t think the same way that we do. They live by instincts, and their instincts are geared toward survival. Over time, dogs learn that doing something that got a positive result is worth doing again and again — and to our dogs, affection is a positive result.

So, in order to master affection, we need to learn two things. The first is what our dog considers to be affection. But the second, and most important, part is to learn when to give our dogs affection. In order to do this, we need to fight our human instincts to give affection when we’re feeling sorry for the dog, and instead focus on only giving affection when the dog is showing a behavior that we want; when the dog is calm and submissive.

Without mastering this, you can’t really master leadership, and without mastering leadership you can’t master the walk. So this lesson really is the most important one. Master affection by mastering yourself first, then remember that a true leader provides the pack with direction and protection.

Affection comes last, and your dog will thank you for that, because they’ll be fulfilled by feeling that they’ve actually earned it.

Stay calm, and be the master! 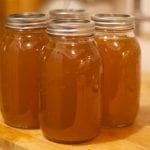